One has to laugh with this headline: “AOC: Pelosi Saddling Me with Work to Keep Me out of Spotlight.” In the interview on WNYC, the brain-dead Democrat member of Congress said that because she didn’t get the “specific requests” she wanted, as a freshman member I remind you, she was not going to serve on committee Speaker Pelosi asked her to join. 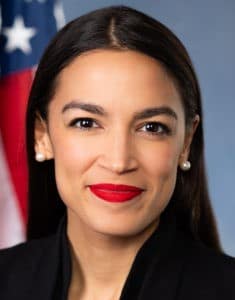 Everything about this empty-headed Alexandria Ocasio-Cortez of New York is iconic of the common stereotype of millennials: Extremely self-entitled; ignorant of much but self-satisfied that one knows more than most everyone else, and; quick to judge everyone else while claiming that being judgmental is hateful.

It is only lately that these traits have been used to describe a generation, in this case the so-called millennials, because before that, we simply called it adolescent immaturity. It has reached beyond youth for so many because non-parenting parents have decided over the last many decades to allow their children to remain children into their twenties and thirties.

Among the main role of a parent is to train up offspring to be independent and self-sufficient. This isn’t just some easy for liberals to dismiss rubric of Judeo-Christian tradition, it is the goal even amongst animals.

Millennials, or better put perpetual adolescents of any age, are the loudest to claim freedom of belief and action for themselves and first to demand authority punish others for making choices with which they, the self-righteous immature, disagree.

Liberty means putting up with much you find objectionable. Without the freedom for others to engage in so-called “hate speech” or hold moral values you dislike, there is no actual freedom for anyone.