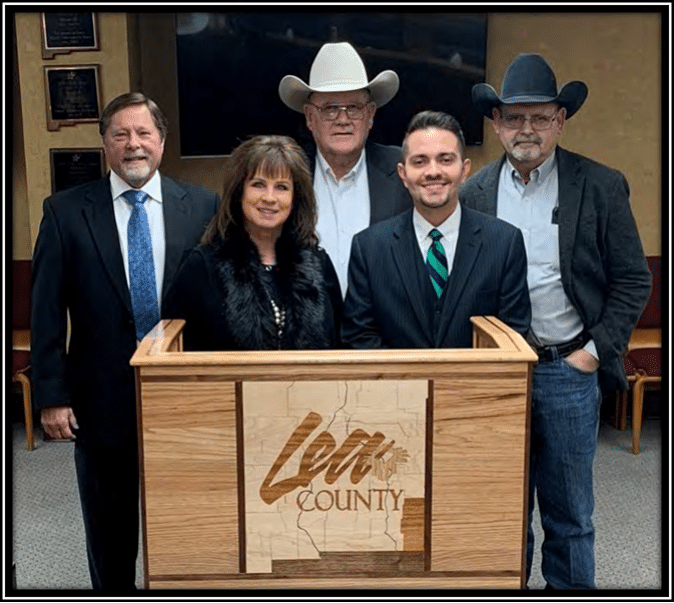 WHEREAS, hydraulic fracturing, is a proven technology that has been used in New Mexico for the  past 50 years and more than 50,000 times to safely increase production of oil and natural gas; and

WHEREAS, using a mixture that is 99.5% sand and water, this technology creates tiny fissures in  mineral-rich rock, allowing the extraction of oil and natural gas trapped inside; and

WHEREAS, the process of hydraulic fracturing only occurs for a brief period of time during the  drilling operations; and

WHEREAS, wells that have been fractured can actively produce for decades; and

WHEREAS, hydraulic fracturing, along with horizontal drilling, greatly reduces the surface footprint  and disturbances of oil and gas operations, allowing drilling in multiple directions from one point, rather than  one direction from multiple points; and

WHEREAS, over the past five decades, there has been NO instance of aquifer contamination  reported in New Mexico by this process since its inception; and

WHEREAS, one third of New Mexico’s general operating fund and over 90% of New Mexico’s  severance tax funding for capital projects comes from revenues derived from minerals produced as a result  of hydraulically fractured wells; and

WHEREAS, over 100,000 New Mexico jobs are produced by the strong oil and gas industry  expansion made possible through hydraulic fracturing; and

WHEREAS, Senate Bill 459 as introduced in the State of New Mexico’s 54th legislature, first  session of 2019 by State Senators Antoinette Sedilla Lopez and Benny Shendo, calls for a four-year ban on  hydraulic fracturing; and

WHEREAS, the net result from four years of banning the practice of hydraulic fracturing would  effectively kill a major industry and all of the related investment being made into our State; and       Resolution No. 19-FEB-060R  LCBCC Meeting 02-28-2019  Page 2 of 2

WHEREAS, this ban would most certainly, for years to come, have catastrophic, lasting effects on  the State of New Mexico and its citizens and would damage our nation’s drive towards energy  independence; and

WHEREAS, the County of Lea promotes the economic and general welfare of our citizens, as well  as, providing a healthy revenue source for the entire State.

NOW, THEREFORE, BE IT HEREBY RESOLVED by the Board of County Commissioners of Lea  County that it declares its opposition to Senate Bill 459 in its entirety and encourages the Legislature to  consider fully the benefits the entire State of New Mexico receives from the deployment of this technology  and make the correct decision by NOT passing this bill out of committee or out of the Senate.