This Friday coming night in Hagerman, the Jal Panthers (14-11 overall; 4-1 in district) face off against the Bobcats (10-14 overall; 3-2 in district) for the district championship. Hagerman was beaten by Eunice Tuesday night, giving them their second loss of district play. Lujan said, “So, that puts Hagerman with two losses, Eunice has two losses, and we have one. So, if we can win [the district championship] will be outright ours; if not, we’ll have a three-way tie and see how that plays out. I really think that from back when I was in school to now, that this is one of the toughest districts there is. It always comes down to the final weeks. You look around at the other districts, sometimes you see quite a few people out; it’s already decided. But I still believe that this is one of the toughest districts down here, and it’s always a lot of fun. That’s why you play. You want games to be interesting.”

Lujan says his team has to “make sure that we’re patient, and that we don’t try to rush things, and we understand our offense. We’ve got a lot of offensive weapons, and we’ve got to be able to utilize them and make sure everybody touches the ball. We can’t just have two or three involved. You know, we’re just going to keep working on everything. As a young team, we’ll work on rebounding, we’ll work on passing, we’ll work on our offense, we’ll work on everything that we do every week, and just continue to try to learn. We really don’t feel like there’s an end to the season. Fundamentals and conditioning is something that we’ll maintain throughout the year, because there’s just so much to learn with such a young team. Even if it was an experienced team, we’d do the same thing. We just need to kind of stay focused and keep it as game-like as we can.” 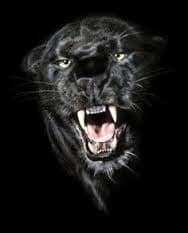