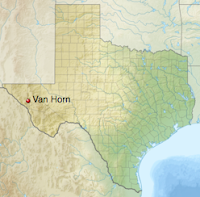 It’s getting harder and harder to find doctors willing to work in rural towns. Though rural America has, by one count, nearly 20 percent of the U.S. population, it has less than 10% of the doctors, and the federal government considers almost 80% of it as “medically under-served,” Eli Saslow reports for The Washington Post.

The situation will likely get worse in coming years as more rural physicians retire. “Rural doctors are three years older than urban doctors on average, with half over 50 and more than a quarter beyond 60,” Saslow reports. “Health officials predict the number of rural doctors will decline by 23 percent over the next decade as the number of urban doctors remains flat.”

Saslow illustrates the trend neatly with a profile of Ed Garner, a 68-year-old doctor in Van Horn, Texas. Until another physician was hired recently, Garner was the only working doc serving three rural counties east of El Paso, 11,000 square miles (about as big as Maryland) mostly home to oil drillers and highway towns. Garner, a family doctor by training, wears many hats: head physician for a nearby immigration detention center, director of a rural health clinic, chief of staff for Culberson Hospital, and medical director for the hospital’s emergency room, Saslow reports.

“During the eight years he’d spent in Van Horn, hospital managers had done whatever they could to extend Garner’s career as one of the few country doctors left in West Texas,” Saslow reports. “They’d increased his pay and recruited traveling physicians to take occasional shifts in the ER so he could go back to his ranch . . . hired a full team of nurses and physician assistants to share his patient load and help in the ER. They’d even lobbied the state of Texas to change its laws regulating telemedicine and then installed video cameras and fiber optic cables in the ER so that, on some nights, the only doctor on call in Van Horn was actually a doctor from out of state who appeared on a video screen.”

Only 2% of medical school students are willing to work in a small town, so finding another doctor to help Garner, and eventually succeed him, took five years. Eric Cummings was courted by rural hospitals all over the country with promises of high pay and a peaceful life surrounded by natural beauty. He picked Van Horn because it was fairly close to his family, the federal government would forgive most of his student loans for working in an under-served area, and the salary was 50% higher than what he could make in a big city, Saslow reports.
Cummings is nervous about flying solo once Garner retires in a few years. He asked Garner how he dealt with being the only doctor around, and Garner’s replied: “Mostly, try not to think about it . . . You operate in denial. You treat one patient and move on to the next.”